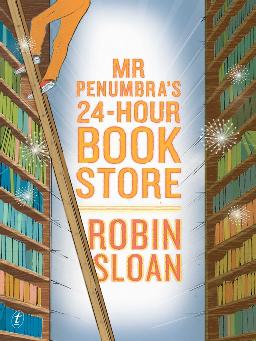 Clay Jannon is a graphic and web designer who finds himself unemployed in the new economy. While wandering the streets of San Francisco he accidentally finds Mr. Penumbra’s 24-Hour Bookstore, and after a very brief interview based on his favourite book, finds himself the store’s new night 10pm-to-6am clerk. There are three rules to working there – he must be on time and cannot leave early, he may not look inside any of the ancient-looking books that are reserved for members, and third, he must keep precise notes about all transactions (including how they smell, what they wear, what they say and how they appear mentally). Mr. Penumbra’s unique approach to store-keeping is matched by his odd clientele who appear in the oddest hours of the night, but they are few and far between so to occupy his time Clay starts developing a web-presence for the store. He creates a 3-D map of the transactions and… a face appears in the results. What follows is a literary adventure of the highest order – a cult of readers bent on discovering but keeping secret the immortality locked in ancient texts of an early typographer, versus Clay and his band of quest seekers, albeit their modern-day equivalents of rogue, wizard and hero. And although the modern-day wizard uses all the power of Google to help them, the printed texts do not give up their secrets easily. It is not until Clay uses all the tools in his magic bag – from the ultimate hacker site to his ultimate favourite novel to the ancient texts themselves - that the code is broken, and the answers are not at all what everyone involved thought they would be. Digital vs. print, Google vs. books, technology vs. old knowledge, piracy vs. privacy, these are the battles of our times and all themes in the book, but the overall story is an adventure, a quest simply reimagined in the techno-age. Given that the author was once an employee at Twitter and has released the book in both print and e-formats, Sloan may be hedging his bets - but his first novel has all the feel of a love-letter to books.